Automating the complexity out of your IT infrastructure 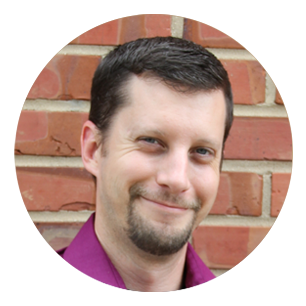 The mantra for Red Hat Ansible is this: Complexity kills productivity.

We here at Nebulon couldn’t agree more. Ansible has made it possible for technology vendors to leapfrog their automation initiatives. But a technology vendor announcing it has developed an Ansible collection is like a movie theater saying it sells popcorn –everyone is doing it, so it’s become the status quo. The reality is that just because a company claims they have built an Ansible SDK, it doesn’t mean that all SDKs are the same or that your life in IT will become dramatically easier.

Let me highlight the two key issues for you.

Issue 1: One of these is not like the other

Today’s on-premises data centers are made up of a happy meal collection of hardware. Are you using storage from vendor A? Yup. Have servers from vendor B? Probably. The issue here is that Vendor A and B each have developed their own vendor-specific Ansible collections. And if you have several vendors in your data center(s), you now must learn how to use each one of them. How is that for killing productivity?

For example, automating a full stack deployment on traditional infrastructure means having to leverage a different Ansible collection for every component of your stack. If you are working with bare metal, you also have to use another tool like Terraform just to get the hardware in a state where you can use it.

Issue 2: There are too many cooks in the kitchen to be productive in a timely manner

Imagine in the heterogenous environment the application owner wants to build out a Kubernetes cluster on three-tier architecture. You need a place to develop and deploy it. So first you open tickets for the provisioning of servers, storage volume(s), networking, etc. – with each of these likely managed by a different team or individual. Once you have all the physical infrastructure, you still have more to do. The application owner must then install the operating system, and also install and configure Kubernetes. Only then can the application owner get started on the initial project. The net-net is that in a traditional datacenter, you have a long runway of activity that needs to occur before you can even get started.

With Nebulon’s Ansible Content Collection for smartInfrastructure, you can use Ansible to deploy your full stack of applications, including physical hardware and operating systems. (Tasks that are typically handled by other open-source software tools like Terraform.)

This reduces the overall complexity of setting up and maintaining application-specific infrastructure. Unlike the second example I used above where different departments and additional time are needed to set up infrastructure, Nebulon has completely removed the long runway to getting new projects provisioned and running quickly.

How do we do that? Well, think of a clean, simple layer cake design. First, the Ansible module allows you to build an nPod to initiate a set of servers including the operating system installation, then provision the storage assigned to it.

On top of that, you can continue to use the Ansible Content Collection modules to continue layering things. Next you can customize the Linux distribution on top of the nPod to make it ready for your application. On top of that, you can layer on something like Kubernetes for container orchestration to automate software deployment, scaling, and management. Still building and layering, you can use the Nebulon CSI driver to dynamically provision persistent storage volumes for your containers.

Simple and fast Day Zero and any other day

As our demos show, with a simple command line, you can stand up a new infrastructure automatically using the Ansible playbook in as little as 12 minutes using Nebulon’s Ansible Content Collection. That’s starting with a blank set of servers, installing Linux, configuring the servers and storage, building the cluster network, and then installing Kubernetes and a couple of applications on top of that. If you were doing that manually, it would take you all day (on a good day) to get going.

If you’re an application developer, using our Ansible Content Collection modules gives you a much greater degree of control and ease of functionality – and that makes development a whole lot easier. You don’t have to know three different sets of APIs. You only need to know one. No need to talk with the storage and network teams, or anyone else. You just dive in and quickly and easily build and manage your applications.

That’s how the Ansible modules put you in the driver’s seat, letting you do everything you need to do right there – building your infrastructure from the bottom up, then continuing with simplified daily management.

Kubernetes Pro Tips: How to Speed Up (and Easily Manage) Containerized Application Delivery
Simplify Your VMware Deployment Day 1 to Day n with a Self-Service Infrastructure

Aaron Patten is a technology enthusiast with 20 years of experience in various IT related roles. Aaron is passionate about building solutions and teaching others how to best use them to solve real world problems. He is most comfortable in the lab and currently is focused on VMware, Kubernetes and distributed databases with a splash of DevOps for good measure.