Chasing Rainbows in the Cloud 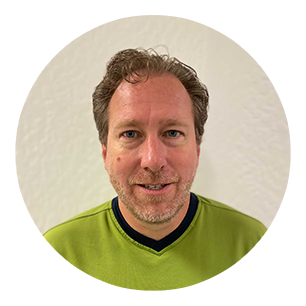 We all know the impossibility of reaching the rainbow, at whose foot a pot of gold is said to be buried. For those who want some or all their infrastructure to remain on-premises, seeking a cloud-like experience can be that pot of gold.

After a successful acquisition by a much larger incumbent enterprise IT company, I decided to leave my once-nimble storage company, explicitly known for its predictive analytics capabilities. I had a great ride there as one of the original product managers, and I learned an incredible amount during my tenure. But toward the end, it felt like the landscape was stagnating, and the hyper-scalers were quickly consuming any storage oxygen left in the room. And for a brief moment, I turned my attention to the world of big data, analytics, and SaaS. That is until I learned what the original 3PAR founders were doing at Nebulon and how they had re-thought the future on-prem storage. But it wasn’t only storage. It was a re-imagining of the entire on-prem infrastructure—applications, servers, and storage—one that sounded familiar but with a slight cloud twist.

The Nascent Era of Predictive Analytics

During those storage years, we had pioneered the notion of predictive analytics and proactive monitoring and that, for a time, was the status quo in the industry. Collecting and analyzing data from tens of thousands of systems worldwide and then using that intelligence to make every storage array more intelligent and self-sufficient. The result was we were able to predict and resolve greater than 85% of customer issues automatically. Customers were thrilled. But, while this was ground-breaking stuff at the time, it would be a stretch to say it delivered AI-powered autonomous operations or even a self-service infrastructure. And it certainly didn’t enable the application owner to control when and how much infrastructure was needed without relying on an IT administrator. Adding to the deployment and management friction, IT administrators still had to manage their individual arrays with on-prem tools and APIs one at a time. As good as the platform was at giving recommendations, forecasting, and providing guidance, it still couldn’t act on any of it. Furthermore, it was anchored on-prem and not offered as a service. It was always a vision that one day we would complement it with a global, cloud-managed toolset to provide the means for self-service and ease of administration across a fleet of storage devices. Still, it would have been an enormous undertaking—one that meant re-architecting, under the hood, how a lot of the system was managed—and as with most designs, going back in later to rearchitect often proves more challenging than simply starting over.

Welcome to the Cloud Control Plane

From the ground up, Nebulon’s smartInfrastructure is where all system telemetry and analytics are captured and processed. It is similar to what we had done at my previous company but instead is done using a cloud control plane that leverages its intelligence from the cloud, not simply from some subset of servers or storage arrays. It has all the predictive and monitoring goodness folks have come to expect with the ability to facilitate the command-flow of administrative actions with simple button clicks through a simple UI or API. The entire smartInfrastructure management framework and philosophy is designed with the cloud in mind right from the beginning, not added later. And because the Nebulon management control plane is actually in the cloud (not an on-prem device or VM), it has access to all its infrastructure assets globally, which is where things start to get interesting.

A Self-Service Infrastructure in Action

When I was first introduced to Nebulon, I quickly realized that not only was this a simpler way to manage and provision an on-prem infrastructure, but that it matched the ease and simplicity of the public cloud. This is an important distinction. In many ways, the cloud has spoiled us, and no matter what the reasons are for maintaining an on-prem infrastructure, it doesn’t mean we will go back to the old ways of managing applications and storage. For instance, application owners want their own set of infrastructure provisioned for their selected application(s) at their selected scale and to not get hung up on the deployment details. This templated approach toward deployment, in general, has become more popular (think Terraform, etc.) because it accelerates time-to-deployment and removes the burden of waiting on the IT administrator to do the necessary work. Nebulon’s self-service infrastructure offers provisioning from a curated catalog of services for different applications. Using this catalog, application owners can deploy and scale as they need, when they need it, and exactly how they need it in 10 minutes or less, safely—without help from the IT organization.

Seamless and automated software/firmware updates were always an aspirational goal for us to achieve at my previous company. Still, we did not have the fundamental components to accomplish this without a lot of re-work and re-design. It’s a classic administrative pain which most IT administrators agree that they try to update array software as infrequently as possible, even to the extent that they are tolerant of the myriad of bugs so that they can avoid the risk of the all-encompassing update that could go wrong. The reality is most software updates are within the management layer itself (not data services), but it’s often an all-or-nothing proposition when it comes to updating software. Because Nebulon smartInfrastructure is delivered to customers as a service from the Nebulon cloud, it’s completely divorced from the physical device that holds your data, and so are the updates. Furthermore, it does not require any IT maintenance to upgrade the management plane—new features and other improvements are simply available the next time you login to the system. For the less frequent on-prem infrastructure software components, these can be rolled out non-disruptively and enterprise-wide by a click of a button.

One API to Rule Them All

APIs are like remote controls in my household. Every time I buy a new appliance or audio/video product, a unique remote control goes along. Eventually, it becomes a pain managing and keeping track of all these. I’ve noticed this dynamic in many mature IT companies. After a series of acquisitions or new product introductions, each has its own luggage (API) to tag along for the manageability ride. This wasn’t any different from my predecessor, where different UI management products and API frameworks evolved over time, making it challenging to keep things simple. The burden clearly falls on the poor IT administrator to deal with it. Nebulon started fresh with a commitment to a single API. A single version in the cloud eliminated the complexity of automating traditional, heterogeneous on-prem infrastructure devices that run different APIs, have multiple endpoints, and varying functionality. The Nebulon cloud-API works consistently and scales transparently with the size of customers on-prem infrastructure.

So, I’m back in the on-prem game, but the bar is so much higher now, with customers expecting new products to bring cloud management and simplicity to their entire on-prem infrastructure, not just storage. At Nebulon, we’re aiming higher, and if you are too then, it’s an excellent time to look at how Nebulon smartInfrastructure can help you get there.

Jeff is a Product Manager at Nebulon. He helps organizations find simple solutions to complex problems and strives to make customers successful. With over 15 years of experience as a product manager in half a dozen various high-tech SaaS and on-premises based big data, analytics, and storage companies he's been fortunate enough to experience all types of problems and challenges. As a product manager, Jeff exploits the notion that great products are born at the intersection of data that exposes a problem or opportunity, qualitative insights that explain the "why" behind the data and, either a demand or gap in the market.